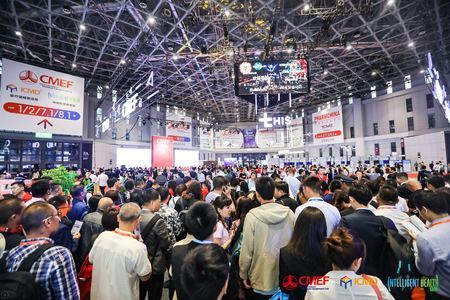 This email address is being protected from spambots. You need JavaScript enabled to view it.

The CMEF was launched in the year 1979 and is held twice every year once in spring and the other in autumn, including exhibitions and forums. The fair widely covers more than ten thousand products, including medical optical and electro-medical devices, smart health-care and wearable equipment, and services including medical imaging, medical examination, in-vitro diagnostics and hospital construction, In recent years, the CMEF has persistently maintained its growth, having innovatively introduced more than 30 subdivided industrial clusters, such as artificial intelligence (AI), computer tomography (CT), magnetic resonance imaging (MRI), operating room, molecular diagnosis, point-of-care testing (POCT), rehabilitation projects, rehabilitation assistive devices and medical ambulances, presenting cutting-edge scientific achievements in the medical industry. As of now, more than 7,000 medical device manufacturers from over 30 different countries and regions have annually exhibited their products and services with us at the CMEF. For trading and exchanging of medical products and services, about 2,000 specialists and talents and almost 200,000 visitors and buyers including government procurement agencies, hospital buyers and dealers from over 100 countries and regions gather at the CMEF.